So many high school students work diligently to receive an acceptance letter from their desired college or university. Studying for good test scores, absorbing the material, and choosing the correct extracurricular activities are just a few of the factors that can determine a student’s future. Many can only dream of receiving a full scholarship to aid the process and pay for their education. Of these many factors, video games are usually the last thing anyone would think could determine a student’s collegiate opportunities. For years, video games were viewed as an academic distraction. Many kids were told to finish their homework before switching on a game. But with video games taking on a competitive life of their own, leagues and competitions are quickly flourishing. Gaming is no longer just entertainment, but a professional sport known as esports.

Athletes play hard to earn grants and scholarships. But with gaming making its own mark in the world of sports, these same opportunities are offered to those skilled with a handheld controller. Esports will grow to an estimated revenue of $900 million by the end of 2019. Traditional varsity sports have now met their 21st century competition. Team sponsorships and advertising deals are being offered to esport athletes. Incorporating esports into an academic environment can open doors for students to receive a college education. As of 2018, 125 colleges and universities were cited to have developed a varsity esports program. Building a program and implementing it into the curriculum just might be the thing some students need to place them on the right path as they prepare for the world ahead.

It is important to understand the many factors contributing to the proper implementation of an esports program into an established learning facility. Modernizing the space and installing the proper devices and accessories is the top priority. This means investing in the technology itself and including gaming monitors and cooling systems with assistive accessories such as overhead utility systems and moveable monitor arms. Gamer-focused mice, keyboards, and headsets are also important for the transition. This even comes down to the inclusion of the proper furniture to withstand heavy usage and maintaining reliable security for the expensive equipment involved. Esports leagues and utilities need to be treated in the same ways that traditional school sports programs have been carried out in the past.

Just as technology implementation plays a crucial role in the overall process, so does the task of garnering the final approval. Despite the rise in esports and competitive gaming, it is required to receive the approval of the Board of Education. This comes from notable student interest and the school’s overall plans for the transition process. Not only does this determine whether or not the program can take flight, but it also determines the budget that can be invested in the required resources and equipment. Once these pieces all fall into place, an esports program can begin to take shape.

According to EdTech Magazine, “esports programs should be about creating new opportunities for students to learn in engaging ways, and to offer more avenues for students to participate in their school.” Just as there are students who are gifted with physical athleticism, there are also those gifted with the minds and the skillset needed to succeed in the world of gaming. Esports allows more students to compete in something they enjoy while also representing their school and allowing them the chance to better their academic career. 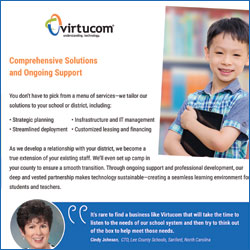 Embracing Esports in the Covid-19 Era

Before the pandemic, esports was becoming more than just a buzzword amongst K-12 decision makers. Many schools were implementing programs or beginning the necessary research in order to move forward with a program. As with most things, talk of esports halted in February as Covid-19 took precedence and remote and distance learning took center stage. However, esports is still a […]